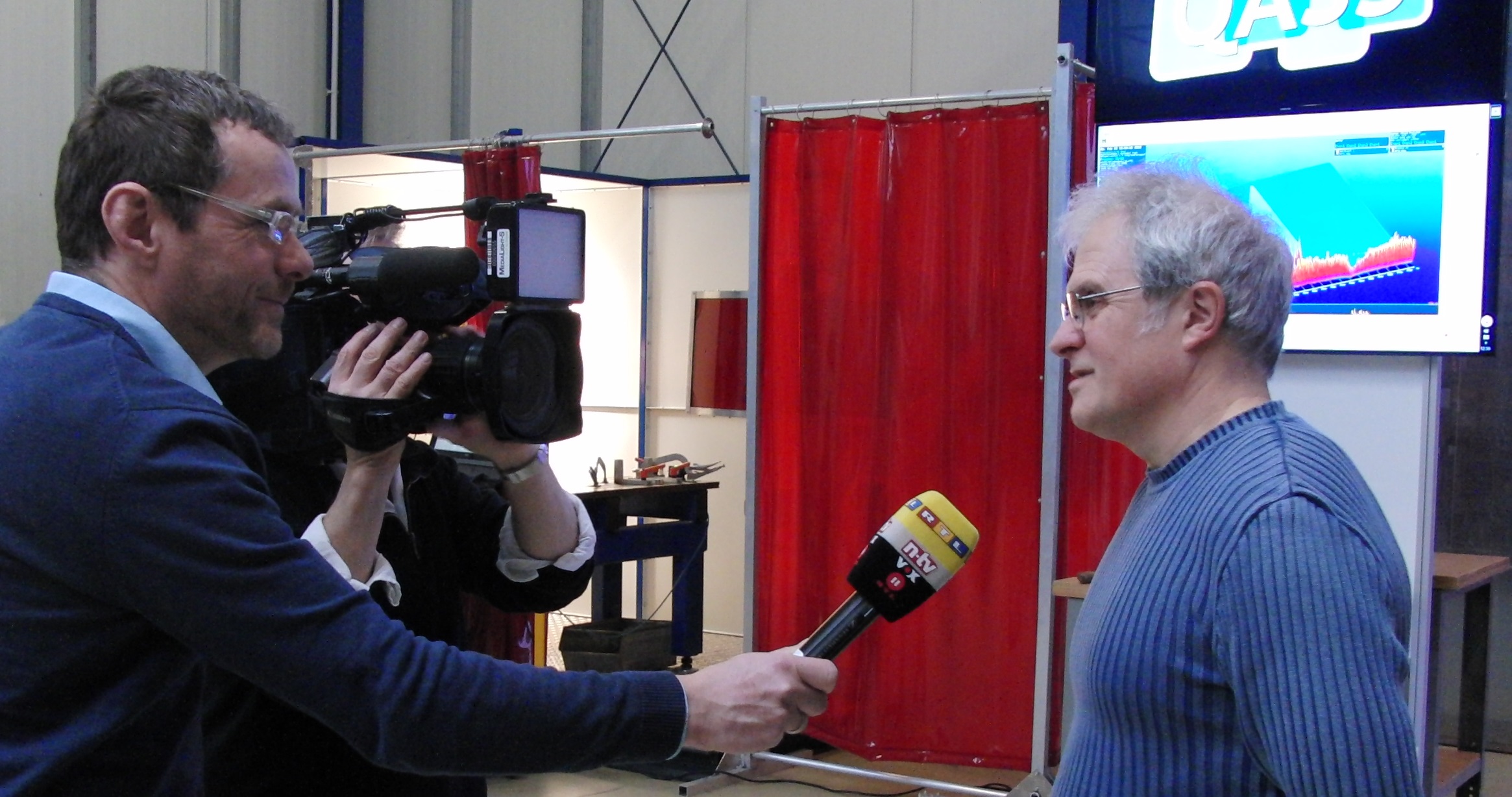 Industry 4.0 in the Ruhr area – and for RTL-West and the newspaper ”BILD” QASS is the right contact person in this region. A team of four from RTL West and two employees of the BILD visited QASS on February 22 in Wetter (Ruhr).

The journalists of BILD and RTL-West were interested in the flagship of QASS – Optimizer4D. The modern measuring system brings Industry 4.0 into factory work floors all over the world. It delivers data about production processes, which previously could not be analysed. “Our measuring system is the eyes and ears for machines”, says Ulrich Seuthe, CEO of QASS. Optimizer4D is developed and built in Wetter (Ruhr).

The pivotal point of the visit: A demonstration of the measuring system using a welding robot. The system Optimizer4D automatically detected faults in the components and does that in a multitude of production processes.

The term Industry 4.0 describes the current industrial revolution, wherein machines are connected and communicate with each other – compared to steam machines which were part of the first industrial revolution. With the help of Industry 4.0 an intelligent production, which emphasizes on process optimization and resource conservation, is made possible. This fully reflects in the patented technology by QASS.

The TV spot has been aired in February 23. It can be viewed here: Video – The report starts at minute 09:56.

You can find the German article of BILD here: BILD-Artikel “BILD visits the most modern companies in the Ruhr area”