Problems with the Grinding of Gear Wheels

When grinding gear wheels, certain areas in the gear geometry may be insufficiently reached by cooling lubricants. The result is an undesired heating of the material, which may cause softening or re-hardening of the material. Both effects lead to a lower wear resistance of the gear. While a higher hardness is preferred for the tooth flanks, the hardness of the tooth base, where the cooling lubricant is also less well received, can be lower in order to allow the teeth to react dynamically to the impacting forces during load changes instead of breaking.

Typically grinding burn detection is based on nital etching and a following visual inspection of the tooth flanks, tooth bases and other areas. However, this procedure is time-consuming, prone to errors and involves the use of aggressive chemicals.

The QASS µmagnetic sensor is used to detect grinding burn on gear wheels. The tooth flanks and the tooth bases are checked line by line with the micromagnetic sensor. Handling with the QOBOT handling system with laser distance sensor ensures the correct positioning and movement of the µmagnetic sensor for measurement.

During testing, the material is exposed to an alternating magnetic field and the reorientation of the individual magnetic domains inside the material’s microstructure is measured. 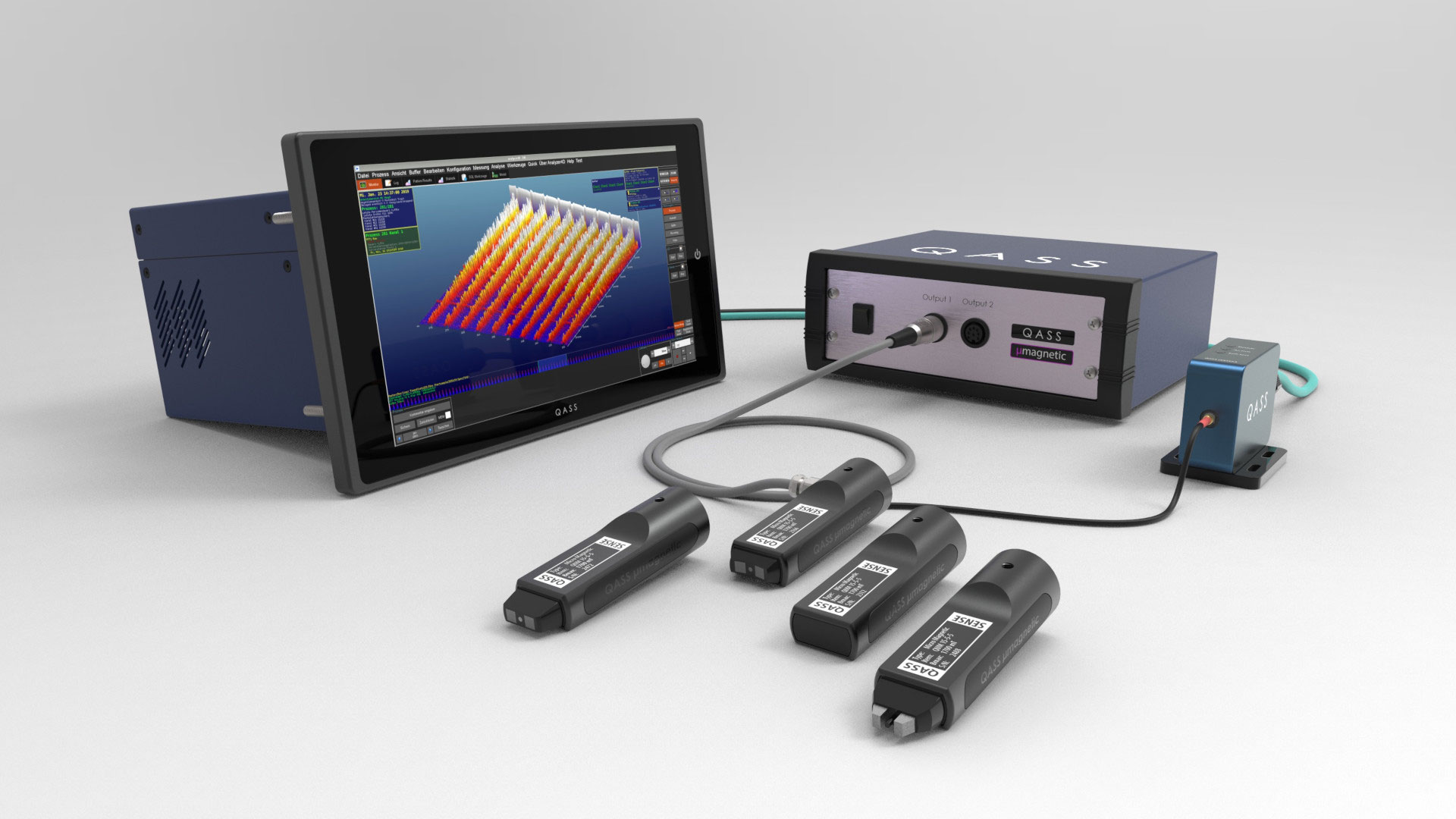 Grinding burn detection for a shaft with helical and longitudinal toothing.

The captured time-amplitude-signals are digitized by the QASS µmagnetic measuring system and processed in real-time by a Fast-Fourier Transform (FFT). Machine and interference noise can be removed from the signal data by means of a spectral filter (which we call frequency mask). Thereby the signal-to-noise ratio is improved.

Whether it is a gear shaft for a passenger car or a gear wheel for a marine gear, with the µmagnetic measuring system the complete gear wheel is inspected fully automatically for abrasive burn. The machine operator only must make a few entries. The QOBOT handling system orients itself and checks that the inputs and gear geometry match. The tooth flanks and tooth bases are automatically scanned. All data is processed in real-time and measurement results are documented in a database.

For gear manufacturers, there are clear advantages to applying QASS’ µmagnetic measuring system. Our measurement data does not only provide information on the condition of the gears produced but can also be used to optimize the machine parameters.